Rom 1:16 For I am not ashamed of the gospel of Christ: for it is the power of God unto salvation to every one that believeth

Take the exponential world population growth in the 20th and 21st centuries for a start*. From less than 2 billion in 1900 it had grown to 5 billion in 1987, and has since grown to 7.8 billion in February 2020. It is projected to reach 10 billion by 2056. The reality of providing the necessary food, clean water and waste disposal facilities is daunting if not impossible. The rate of annual growth on the African continent remains the highest and explains the aim of so many would-be migrants to seek better lives elsewhere. *www.worldometers.info/world-information/

The strain on the world’s environment has reached crisis proportions. Add to this the growing evidence for global warming and climate change, and the need to somehow reduce the increasing rate of carbon emissions. The dangers of air pollution are all too evident in the cities of large developing nations.

Setting aside the threats of international armed conflict and terrorist activity, there appears to be no human solution to the increasingly pressing environmental problems. This is why the supremacy of Almighty God the Creator and His intention to intervene needs to be taken into account.

God’s inspired word, the Bible, predicts that the world will emerge from insoluble crisis to become a glorified and peaceful place. The Bible tells us repeatedly that Christ the Son of God will return to earth at a time of unprecedented trouble to establish God’s Kingdom. He will reign over the entire world, vanquish evil and achieve peace and a sustainable environment on earth.

We warmly invite you to a free Bible presentation enlarging on this crucial topic. It’s titled God’s solution to the environmental crisis. This will be on Sunday afternoon the 15th of March at 2.00pm. The venue is the Christadelphian Hall, 489 Mt Gravatt-Capalaba Road, corner of Boyanda Street, opposite Ham Road, Wishart. That date and time again: Sunday afternoon the 15th of March at 2 o’clock.

A booklet titled The Kingdom of God on earth. God’s plan for the world can be downloaded or read online by going to the link below:
bibleed.com (Bible Education→booklets online →The Future→booklet title) 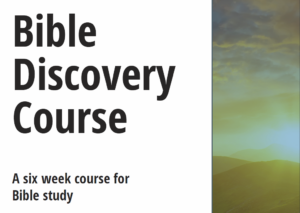